THANK YOU FOR SUBSCRIBING

The increasing interconnectedness between production lines, industrial robots and complex manufacturing processes is one of the many benefits of digital automation. It is also empirically linked to higher productivity, faster time-to-market and lower costs. Today, digital process automation has evolved to incorporate everything from end-effectors and auxiliaries to individual product parts, allowing companies to create a digital twin of virtually anything that moves within the line. Furthermore, as everything is sensorized and talks to everything else, manufacturers now have access and insight as to the inner workings of singular components.

Rather than thinking about the digital process as a single, complex design it is more efficient to consider the overlay of different micro-services that can be disconnected or redirected when needed.

Such real-time data, which is available, connected, analyzed and can be transferred throughout the organization, enables shared intelligence at a factory level that can reduce time to market by up to 25 percent; making digitalization a powerful tool in meeting challenging market conditions. 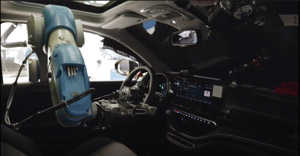 For example, if we look at the development and deployment of a new line, digitalization allows an assembly cell to recognize small misalignments and reject potential design errors. This transfer of know-how, at an engineering level, enables the development of increasingly smart solutions. As the algorithms and process parameters combine to form a digital knowledge repository, the intelligence gleaned in one part of the line can be immediately applied to other applications or processes. Powerful analytics also enable more effective process control and a more complete vision of actual production flows and outputs. And because firms now have full access to interconnected, real-time data where and when it is needed – and in a form that can be easily and immediately interpreted – customized maintenance and process optimization is also possible.

One of the challenges companies face in deploying digital automation strategies lies in understanding which data is fundamentally important and where to find it. Over-digitalization not only leads to extra storage and consumption costs, the need to process and analyze massive data inputs could actually hinder productive decision-making. As such, companies need to prudently select which data are important and which can be ignored. Artificial intelligence and neural networks help to a large degree, in that their algorithms map process data, extrapolating the empirical information needed to learn together with the machine.

We see this in advanced robotics, for example. Artificial intelligence and integrated vision systems allow the robot to perceive the world around it and respond accordingly. As every object in the environment is able to send and receive information, digital intelligence helps the robot sense its surroundings while also allowing the environment to perceive the robot. Imagine an entire manufacturing environment where every machine knows exactly where all the other machines will be in the future. The robot, thanks to the infinite and engineered set of information obtained through intelligent sensorization, will be able to plan its trajectories while taking into account the expected effects of its actions compared to the other equipment in the line. This will create a new manufacturing paradigm that offers better security for the operator, minimal risk of human-machine or machine-to-machine collisions, and better overall production efficiency. And because the robot now performs the task of recording direct and indirect measurements of the process and its outcomes, real time quality inspection is also possible. 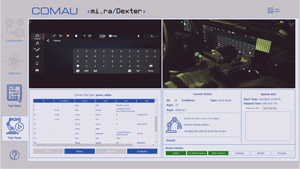 To make all this possible, companies need to mask the underlying technology complexity through the use of easy human machine interfaces and software such as human syntax programming and meta languages. Comau believes that the evolution of digital process automation lies in the creation of mini software packages, which are commonly referred to as skills or micro services. Each complex application essentially becomes the sum of simple and open skills that are combined by the robot to complete a task. In other words, the digital processes of a manufacturing line will be able to seamlessly interpret reality via sensorization and increasingly sophisticated software packets.

Companies operating in the intelligent manufacturing space are therefore encouraged to rethink their approach to digital automation. First and foremost, solutions must be customer-centric and based on the thorough understanding of their products and production cycles. Next, rather than thinking about the digital process as a single, complex design it is more efficient to consider the overlay of different micro-services that can be disconnected or redirected when needed. Clearly, this requires the interplay between multiple competence areas, among which application engineering, software development, and industrial diagnostics, which may make it difficult or too expensive for emerging players to compete. One solution can be found in the trend toward technology consortiums, which allow companies of all sizes to leverage the combined skills and experience of the respective members. Another solution is the formation of public-private collaborations between commercial companies, Universities and research centers. This is the Comau model, as the company is increasingly becoming a 360° solutions provider specialized in solving complex problems through the use of novel technologies that are largely developed in-house.

In addition to competence centers in Turin, Milan and Pisa that were created together with the Politecnico University (both Turin and Milan) and Scuola Superiore Sant’Anna (Pisa), Comau recently joined forces with the Politecnico di Bari to launch its first “Cognitive Diagnostics public-private laboratory”, aimed at the development of innovative solutions for industrial diagnostics, artificial vision systems, and intelligent robotics. Yet whether through in-house competences or the power of a consortium, the ultimate goal is to capture, process and transform production data into dynamic inputs that give robots the intelligence to perform complex tasks randomly. This will allow manufacturers to access smart digital automation solutions regardless of what or where they produce. 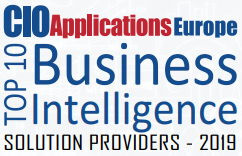 The Changing Landscape of Network and Infrastructure Security Industry

Immediately think about the different technology

Eric Pawlowski, Director of Infrastructure and Architecture, The Tile Shop

The Journey of Big Data: From Infrastructure to Insight

However, if you would like to share the information in this article, you may use the link below: